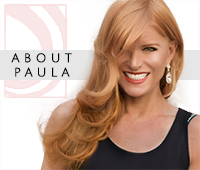 Paula graduated from the University of Toledo with a major in business and a minor in communications. Immediately upon graduating from college, Paula was hired by a Fortune 500 company, Owens-Illinois Corporation, Forest Products Division, where she sold corrugated packaging to manufacturers in New England. Having seen everything manufactured from cranberry juice to blue jeans, after 5 years, she decided to move back to her hometown, Toledo, OH, to pursue her real passion -- politics. Before launching her political career, Paula served as the Development Director for the United States Marines Youth Foundation, for US Major General Walter A. Churchill, a program devoted to keeping our children off drugs, alcohol, and tobacco, through the promotion of physical fitness in U.S. schools.

After that, she was asked to host a political talk show, hosting a daily 3-hour program on, the number 1 rated station at that time, WSPD radio. After becoming a house-hold name through her radio program and political activism, she decided the time was right to run for public office, and ran for City Council in 1989, and then mayor of Toledo in 1991, and 1993. But getting elected was elusive for her as she is not the go-along-to-get along type. Pointing out corruption, government waste, and patronage is not a recipe for winning elections when you are going up against the entrenched political machines of both parties. Having lost the opportunity to change Toledo, and after seeing herself on TV during her campaigns, she realized that black mascara was not a good look for redheads, so she decided to change the life of redheads instead.

Putting her marketing background to work with her husband, Duane Abbajay, they set out to develop the first line of beauty products for those with red hair. After operating JFR in Toledo for several years -- Paula and her husband decided to get out of the rough and tumble world of politics in Toledo and move to beautiful Sedona, Arizona to work on the brand inspired by Sedona's amazing red rock, natural beauty.

Paula now resides in Scottsdale, with her husband and their son. Just For Redheads Beauty Products is now headquartered in Scottsdale, Arizona and reaches over a million redheads worldwide. Paula also continues her passion for politics as a political activist, pointing out government injustice and corruption where ever and when ever she sees it.